What is a VFD? What does it stand for? What does it mean? VFD stands for Variable Frequency Drive and it can be thought of as a transmission for an electric motor. It allows an electric motor to adjust the RPM’s during operation so one may use the minimum amount of power needed to get the job done. A vapor recovery unit operating without this component is always going to be running at full speed. The most obvious advantage to utilizing this component is the reduced amount of electricity needed to operate one’s VRU. Many times during a vapor recovery units operation one will find it only needs to run at half of its capacity to effectively pull the available vapors from the production tanks or vapor recover towers (VRT). Now, if one can imagine the kilowatts or energy that is wasted just to harvest another energy source, then multiply that by four or four hundred units running out in the oil patch and one quickly realizes the economic and sustainability values that the VFD offers operators. 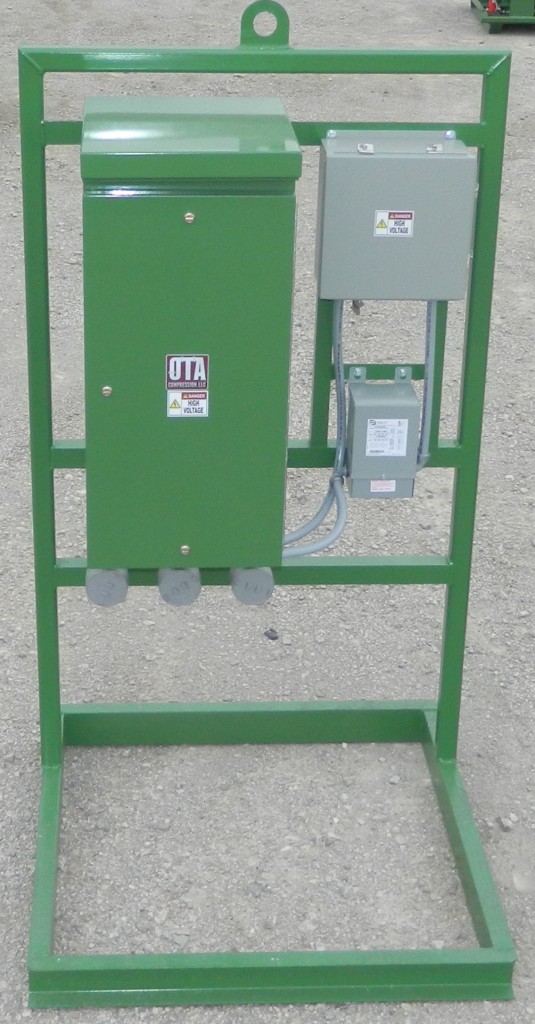 Another advantage to utilizing this component is the ability to quickly and precisely react to the ever changing pressures building up in one’s storage vessels or VRT. The VFD is crucial to an operation in most cases, especially when separators are dumping liquids at intervals or for short periods of time. Being in control of a unit’s RPMs means the unit can adjust its suction power according to varying pressures (psig) upstream in the production tanks. Therefore, when an OTA unit like the electric driven GTO20E is paired with the Murphy or DK controller and VFD computer, vapor pressure measured in the ounces can be harvested at the most economical-friendly motor speed.

Variable frequency drives also serve an important role in wellhead compression. An electric wellhead compressor without a VFD is either on or it is off. When a compressor without a VFD is on its going at full speed and eating power. Using a VFD in a wellhead situation can ensure that one’s compressor maintain an exact amount of suction on the well, as to not pull more suction pressure than is needed to effectively harness hydrocarbons.

VRU sizing is another factor that VRD’s play an important role in. As a well declines over time the amount of vapors that need to be moved, decreases. A VRU equipped with a VFD that can handle different pressures is essential when conditions of one’s well changes or if the skid is moved to another site.

How can OTA Compression work for you?

We can develop a fully customized optimization plan
to help you save money and MAXIMIZE YOUR RESOURCES.