Are Your Production Tanks Full of Hot Air?

It is no secret that the presence of oxygen inside the gas sales meter is a growing concern for oil and gas production companies that are trying to comply with the EPA and state DEQ’s strict control regulations of volatile organic compound (VOC’s) and greenhouse gas (GHG’s) emissions. It is a common occurrence for atmospheric air to enter production tanks. This happens when enardo valves are improperly weighted, hatches are left open, seals are loose, and liquids are pumped out, to list a few scenarios of how oxygen is introduced. 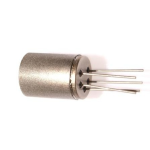 So what does all of this have to do with oxygen? Well, most of the vapor recovery units being utilized today are pulling directly off of a common vent line that is plumbed into the oil and water production tanks to capture any flash emissions that are produced. This vent gas builds inside the tanks until the VRU’s suction pressure set points have been met. Once met, the suction transducer sends a signal to the automated control system that OTA’s VRUs are equipped with. This signal will cause the unit to auto -start and send the rich gas through a scrubber to be stripped of liquids before entering the compressor to be pressurized into the sales line. 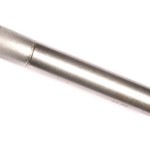 All pressure rated liquid storage tanks should be equipped with pressure relief valves (thief hatches & enardos) that are designed to hold a specific amount of pressure on the tanks. Typical pressure settings range from 4 to 12 ounces. These relief valves not only try to limit unwanted vapor emissions from escaping or venting while filling tanks with product, but when necessary, these valves open and pull in ambient air during the draining or off-loading of inventory to keep from pulling a vacuum that could potentially cause the production tanks to collapse.

Primarily, it is during the off- loading process that oxygen is introduced into the system when proper controls, equipment audits, and preventative maintenance programs are not followed. This introduction of oxygen can easily occur when the removal of liquids are being pumped off at a faster rate than the flash emissions occur. When this happens, the relief valves open up and allow ambient air to flow in until an equilibrium between both atmospheres is reached.

When it comes to oxygen concerns, it is imperative that your VRU has sensing equipment and can read and 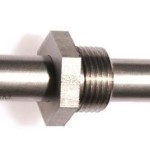 react quickly to what is occurring at the tanks in real time. OTA’s elite line of vapor recovery units are designed to hold your tanks to the exact ounce of pressure and will shut completely off when your operational set points have been reached. So, if your hatches are opened while the unit is running, the pressure will drop and when it reaches the specified low suction set point, the unit will shut completely off and stay off until the pressure builds back up again. It should be noted that the unit will start back up once the given high level pressure setting is reached, regardless of the vapor constituents. Meaning, the unit is moving whatever is present in the gas stream, even if there is oxygen. It is important to realize that the VRU is not introducing oxygen into the system, it is simply moving the vapors that it is presented with. To avoid this issue, communicate the importance of a slow and steady pump off rate. In addition, OTA offers optional oxygen sensors that will command the unit to shut down when a specified O2 concentration is identified.